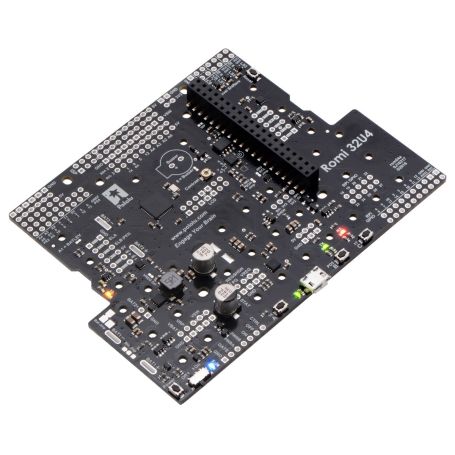 Romi controler board (32U4)

Controler board for ROMI - Arduino and Raspberry-Pi compatible

The board also have the ability to interface with an added Raspberry Pi, making the foundation for a complete Raspberry Pi-controlled Romi robot.

The Romi 32U4 Control Board is designed for the Romi chassis to create a robotic platform easy to program customise.
Like the A-Star 32U4 programmable microcontrollers, the Romi 32U4 Controller Board is powered by by the USB-enabled ATmega32U4 AVR microcontroller (Microchip, formerly Atmel). The 32U4 is preloaded with an Arduino-compatible bootloader. The controller board features two H-bridge to drive motors and is designed to connect to a Romi Encoder Pair Kit (available separately). This combination allows to build a closed-loop motor control. The board includes a powerful 5 V switching step-down regulator that can supply up to 2 A continuously. The board also have a versatile power distribution circuit. A 3-axis accelerometer and gyro enable a Romi 32U4 robot to make inertial measurements, estimate its orientation, and detect external forces.

As user interface, the board have 3 pushbuttons, indicator LEDs, a buzzer and a connector (for an optional LCD).
The LEDs, Buzzer and optional LCD can be used to provides feedback. 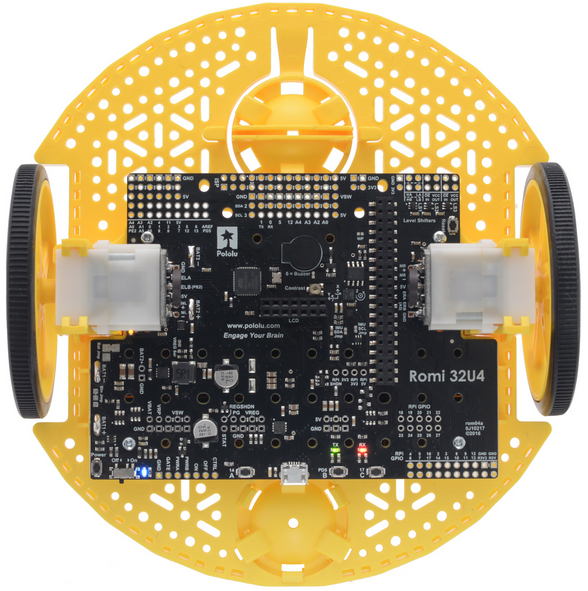 The Romi 32U4 Control Board can be used either as:

Its 2x20 pins on-board connector (and mounting holes) can be used with a Raspberry Pi (Model B+ or newer, including Raspberry Pi 3 Model B+ and Model A+, or Raspberry-Pi compatible). The Pi is plugged directly into the control board. The level shifters placed on the board mke it easy to setup an I²C communication and interface other signals between the two controllers (ROMI 32U4 board and the Pi). The ROMI 32U4 contoller will supplies 5 V power to an attached Raspberry Pi.

In the setup ROMI 32U4 Controller + Raspberry Pi, the Raspberry-Pi handle a PiCamera + high-level robot control and sends commands to the Romi 32U4 Controller Board to manage low-level tasks (running motors, reading encoders, interfacing additional sensors and analog devices). 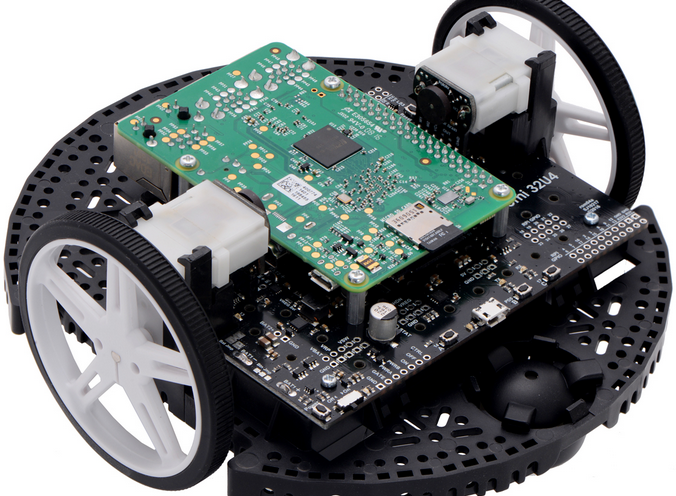 To ease the connection of sensors and devices, the I/O lines of both the ATmega32U4 and the Raspberry Pi are broken out along the front and rear of the control board (2.54mm) and the board power rails are similarly accessible.

For each order, you will receive a 32U4 Control Board ships with all of its surface-mount components populated, and it includes a number of through-hole parts and mounting hardware, as shown in the picture above. 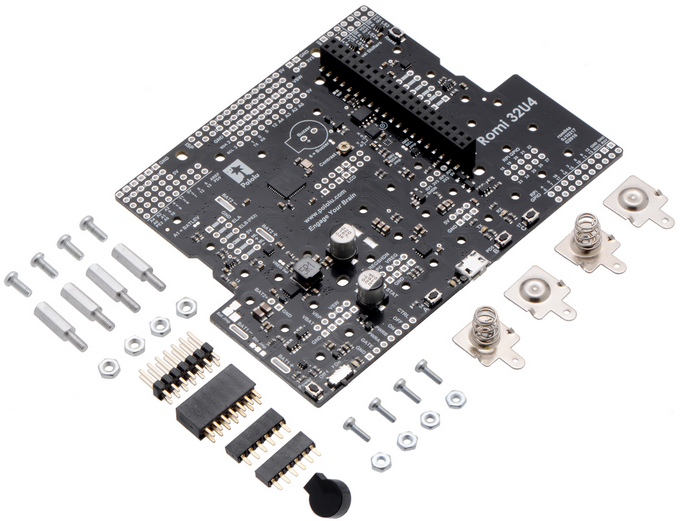 Note that assembly (including soldering) is required; please see the Romi user’s guide for assembly instructions.
The Romi chassis itself and other parts required to build a complete Romi 32U4 robot are not included; these are listed below, along with some optional additions.

What you will need

To build a robot with the Romi 32U4 Control Board, you will need a few additional parts:

In addition to the Romi 32U4 Control Board, we have some more basic boards designed to mount onto a Romi chassis:

A software add-on is available that makes it easy to program a Romi 32U4 robot from the Arduino environment, and we have Arduino libraries and example sketches to help get you started. A USB A to Micro-B cable (not included) is required for programming. 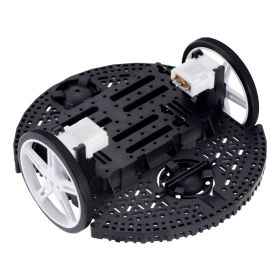 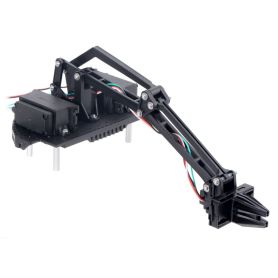 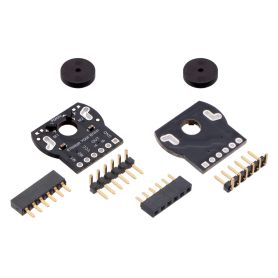 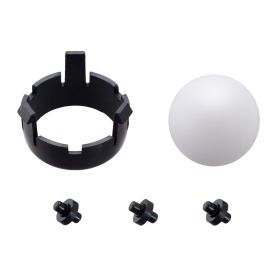