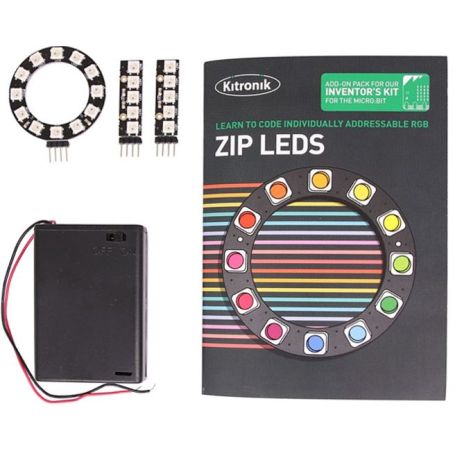 Explore luminous object programming with the Micro:bit and this smart LEDs pack

This is an  add-on pack for the Kitronik Inventors Kit for the BBC microbit offering a perfect way to lean more about LEDs and colorfull lightning. These LEDs are simple to control and produce fantastic colours.

Many electronic devices uses LEDs, they are a great way of offer visual feedback for the user. With this product, user will learn to create code for controling the LEDs and how to use LEDs as responses interface for input components such as potentiometers or sensors. With ten experiments, 9 in the booklet + one online, you will learn to develop the skills needed to add visual feedback to your projects.

ZIP LEDs (also called NeoPixels or WS2812B) are individually addressable RGB LEDs. All LEDs are connected with 3 wire bus and each LED can be controlled independently. Each LED can produce a full color spectrum (independently of other LEDs).

They can be coded for the microbit in both MakeCode Blocks and MicroPython. As the ZIP LEDs are WS2812B, you can use those products with any product having WS2812B driver (Arduino, MicroPython).

You will need a Micro:bit to use this extension pack, and inventor kit would be best because it has breadboard and wires.

What can you learn with this kit:

For each order will receive: 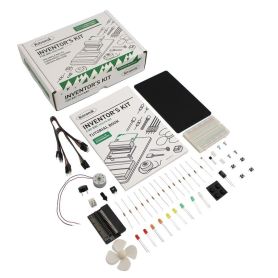