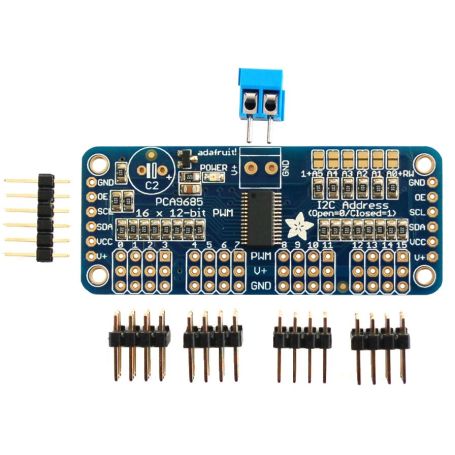 Control devices with up to 16 PWM channels (like servos, LEDs, etc)

You want to make really cool robots, maybe a hexapod or even a work of art containing a lot of mobile elements. Maybe you want to drive LEDs with a precision PWM output?

You will quickly realize that your microcontroller has a limited number of PWM outputs. What to do then? You can either abandon your project or opt for this really practical breakout board allowing you to control PWM and Servo outputs.

When AdaFruit saw this component, they immediately realized how great it could be an excellent complement. Use only 2 pins to control 16 more PWM outputs! It's even possible to chain breakout boards to control up to 992 PWM outputs! (what we would really like to see ... this should produce a "splendid" result)

Some small welding operations will be necessary to finalize the assembly of the connectors and the customization of this breakout board to your needs. It will take at most 15 minutes, even for a beginner. 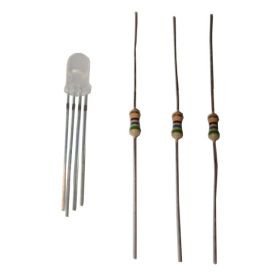 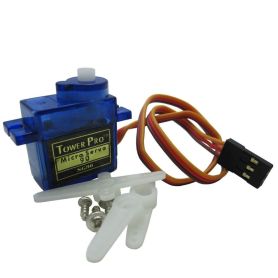 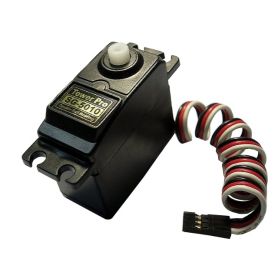 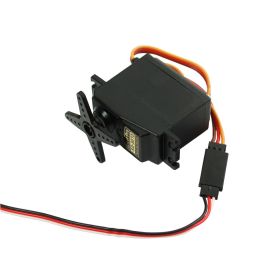 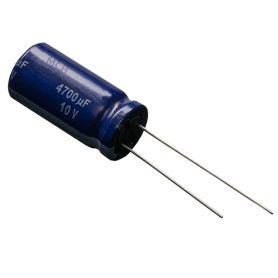 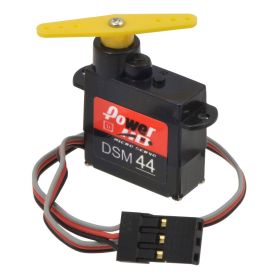 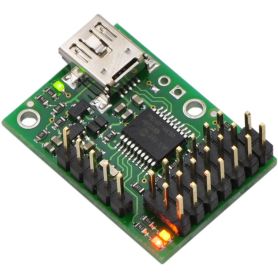 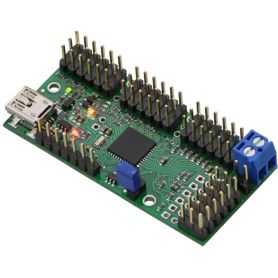