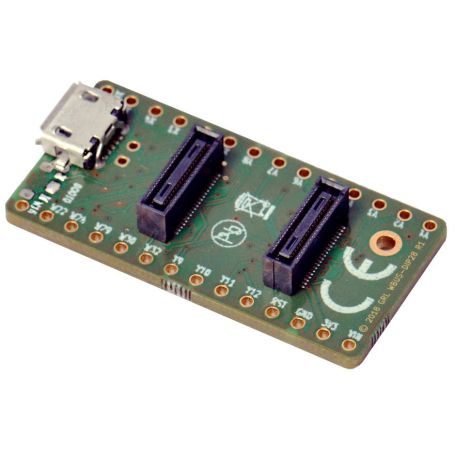 The MicroPython WBUS-DIP28 breakout board gives access to 24 GPIOs in a DIP format (2.54mm based, so compatible with breadboard et perfboard). You will need to solder header on the WBUS-DIP28 for that. 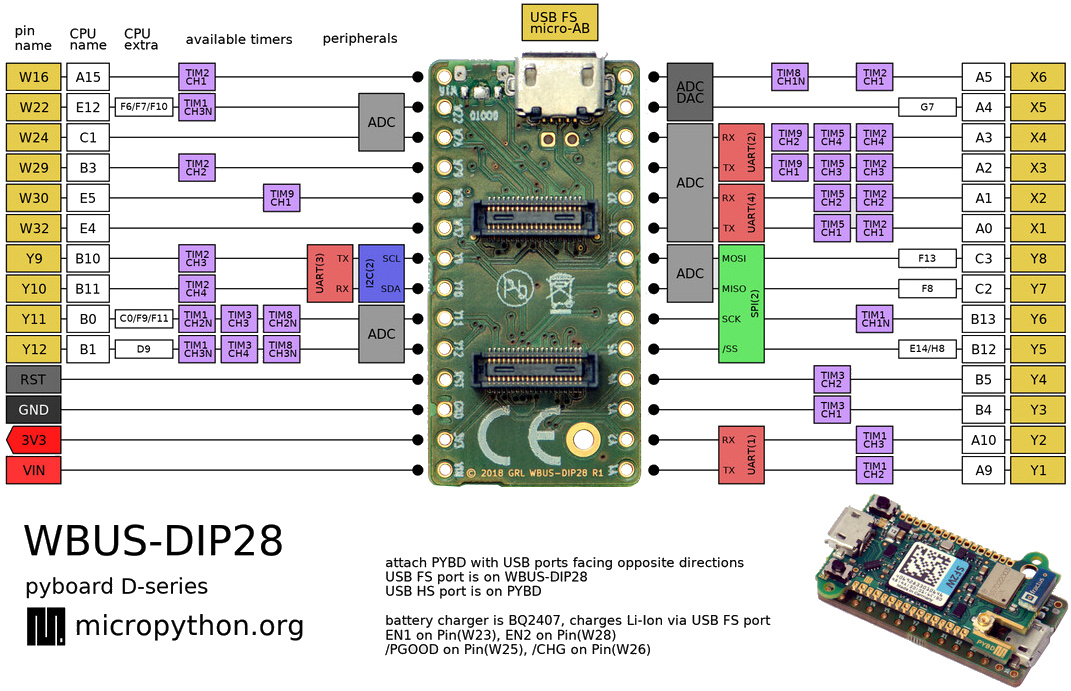 The WBUS-DIP28 also offer the access to LiIon battery charging capability allowing to transform the Pyboard-D into an autonomous project. Thank to the WBUS connector, the charger circuitery can be controled from the Pyboard-D without sacrifying any of the 24 breakout GPIOs.

The back of the WBUS-DIP28 also have a TILE connector (20-pins) to ease the connexion of TILE sensor board like the TILE-SENSA or TILE-LED36 .

The DIP28's micro USB ports must face opposite directions: the USB FS is on WBUS-DIP28 and USB HS (High Speed) port is on PYBD.

The battery charger on this board is BQ2407 and charges Li-Ion battery via USB FS port, which is on the WBUS-DIP28. Read the warning message!

Power supply options with this WBUS-DIP board:

What Power Supply option would not be possible:

This WBUS-DIP28 adapter can be used with all pyboard D variants.
Learn more about how to use the WBUS-DIP28 manual.

For each order, you will receive the WBUS-DIP28 breakout board. Pyboard and TILE sensor breakout are not included.

Do not charge an attached battery via the USB HS port available on the Pyboard-D. This port is not designed to charge the battery 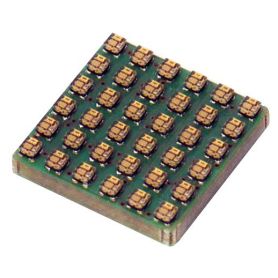 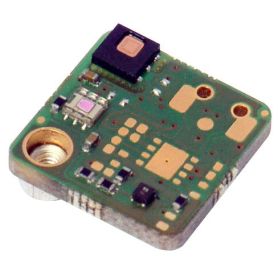