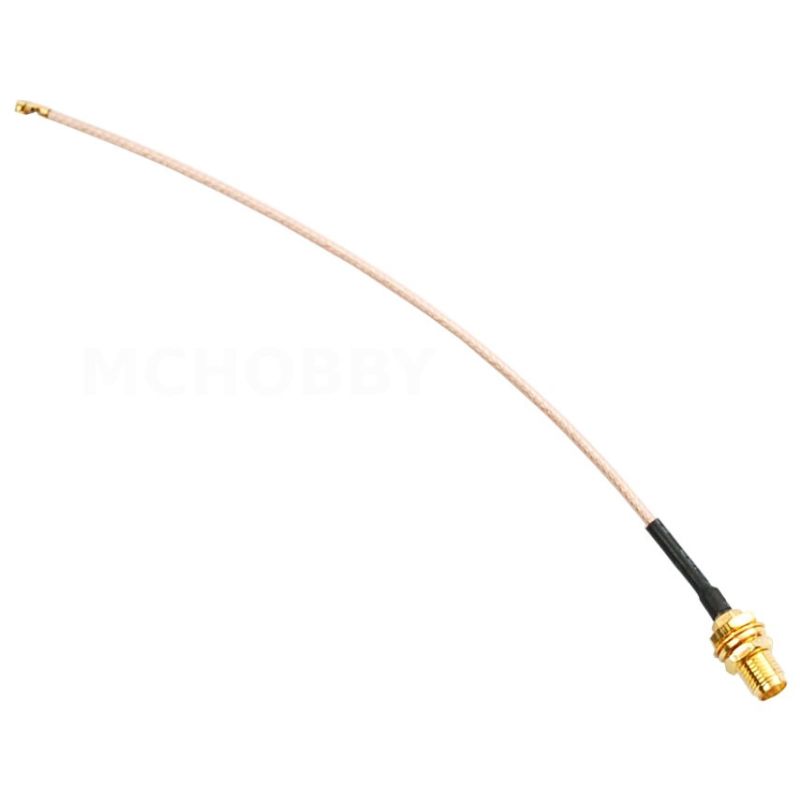 A SMA to microFl antenna adapter

An RF adaptor is a super convenient cable for anyone doing radio-frequency projects. It happens regularly that breakout designers save space by using a very small u.FL connector that can be easily positioned on a card.

Beside that, the antennas often have an SMA or RP-SMA connector... This adaptor cable that we propose makes it possible to do the bridge between these two types of connectors :-)

The adaptor cable is RG178, is 15 cm long and has an SMA connector for Panel Mounting. This type of connector is often used by GPS and cellular telephony.