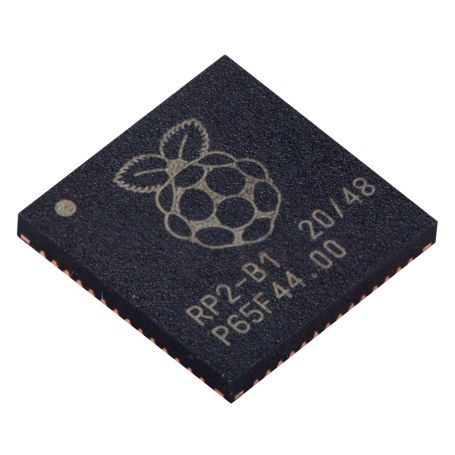 Due to the high demand, the quantities are restricted to 10 items max per customer.

The official Pico page does contains many examples of RP2040 based applications.

This little microcontroler will become very popular in the future, it is powerful enough to propel various project and would not requires much components to get it working.

There is one major difference between the RP2040 and the other MCUs, the RP2040 does not fit any Flash memory on-chip. The flash must be placed on the board (external to the MCU) and will contains the firmware and required ressources (filesystem) for your project.

The RP2040, as well as the Pico RP2040, do have precise documentation created by the Raspberry-Pi foundation.