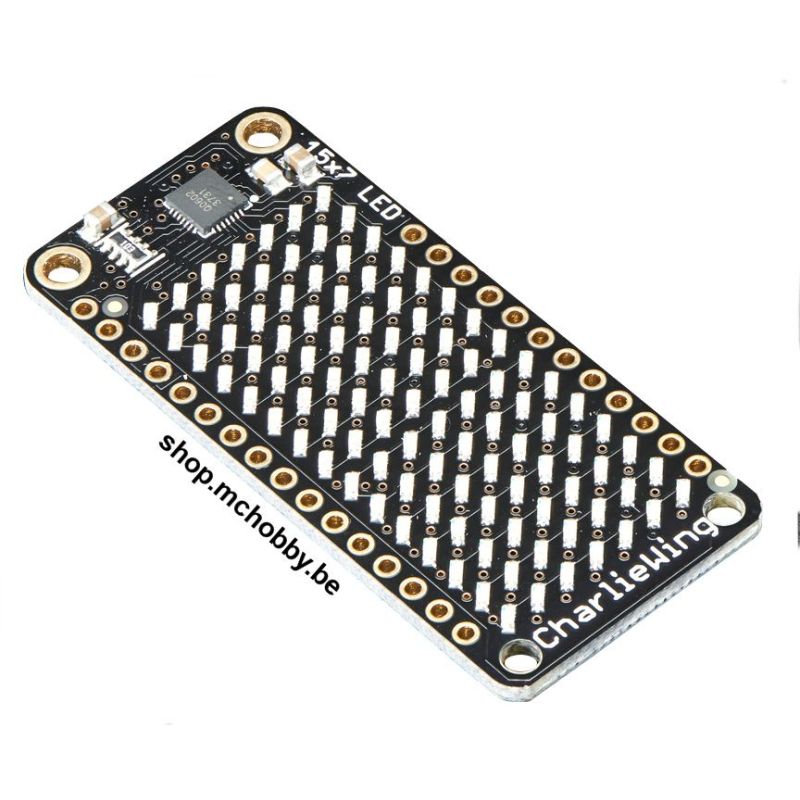 A 105 LEDs display on a I2C bus, the needed this to create a super bright display

With this nice FeatherWing display, you can see patterns, letters, and scrolling data created by the Adafruit's 15x7 CharliePlex LED Matrix. This 15x7 LED display can be paired with any Adafruit Feather board to create a nice, bright and beautiful 105 charlieplexed LEDs. The board have its own charlieplex driver receiving commands via the I2C.

This featherwing exists in several colors, this one is a RED led matrix.

The great thing about this display board is the I2C driver and its incredible PWM capability allowing to control the luminosity of each individual LED. So, iti is possible to create an gorgeous light effect of this 15x7 grid by using only 2 pins for the i2C bus.
Simply sends command to tell the driver which LED should be light on the grid, and its brightness and the driver does the rest for you. Thank to PWM capability, you get 256 levels of dimming (8 bits) for every LEDs.

At the earth of the board the IS31FL3731 does all the job. This little little chip run under 3V and have enough RAM to store 8 display frames this means than code can configure several frames in the driver's memory then create small animation by sending frame flipping commands.

The best for this end, this featherwing board use the I2C bus to communicates so it only need 2 wires (SDA & SCL) to transmit all the data to the devices.