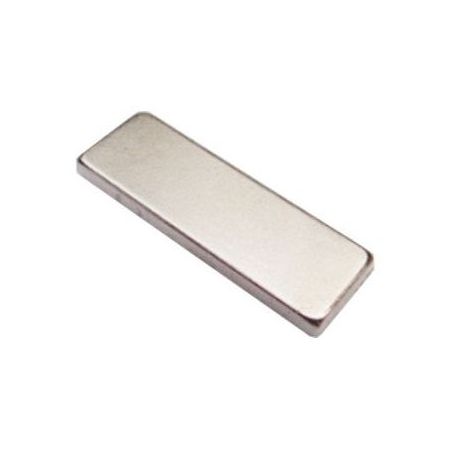 A powerful magnet to experiment magnetism of the things

Here is a super powerful magnet! The first time we received this product, we just said "Yow !"... it was incredibly difficult to separate them from each other. We received a batch and wanted to sell them separately.

They are really useful in various applications but are best used with a Hall Effect Sensor (where you will love those magnet).

You can easily secure them on an aluminium bracket with double sided tape.

The North and South poles are not identified on the magnet.
So, think to test the both magnet sides when working with a Hall effect sensor. Some of the sensors are only sensitive to one pole (usually the South one)!