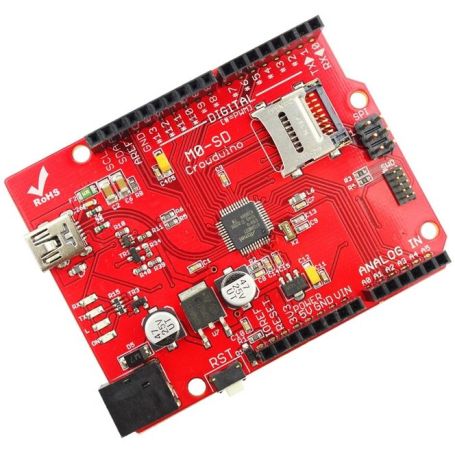 The Crowduino M0 is a powerful 32-bit microcontroler using the same MCU than the Arduino Zero (a very powerfull Arduino board). The Crowduino M0 SD board is designed like an Arduino UNO alike footprint and benefits for the power of Atmel’s SAMD21 MCU, an 32-bit ARM Cortex® M0 core.

The Atmel’s ATSAMD21G18 - ARM Cortex-M0+ is not very popular and powerful enough to run MicroPython firmware as well as Arduino Sketch. The M0 Core is a serious upgrade aside the usual Arduino UNO: it have lot of Flash, lot of RAM, 3 time faster clock, PWM on almost all pins and one True analog Output.

This board is a great plateform / tool for learning about about 32-bit application development or upgrading a projet from Arduino Uno plateform.

The Crowduino M0 SD board contains MicroSD connector for read/write data to external device and its power will support your need for high tech automation, wild robotics and any thinkable Maker adventures in the world of makers.

The board can be programmed via its mini USB connector. The board can also be powered via the USB connector or the external power supply (via the 5-15V barrel jack). The power source is selected automatically.

For each order, you will receive a Crowduino M0 SD board 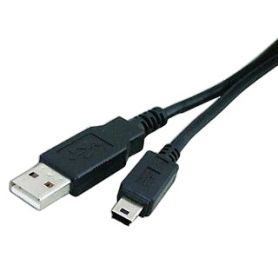