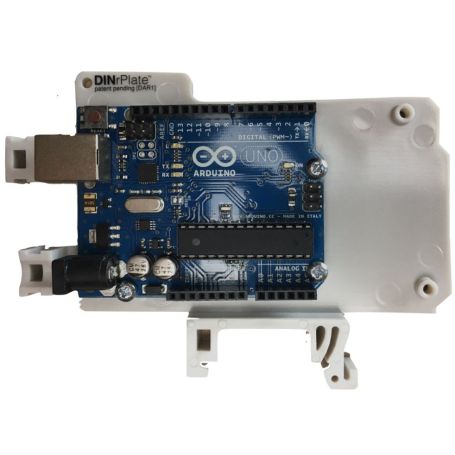 Assemble an Arduino on a DIN rail with ease.

Do you need to assemble your Arduino Uno/Mega into an industrial case... or assemble several Arduino... that's now quite easy with the DINrPLATE!

DINrPlate is designed to work with 35mm DIN Rail. That will ease the assembly in many situation. A very good point for DINrPLATE is the securing pad for the USB cable and Power jack (secured with a cable tie) which avoids accidental un-powering.

For each order, you will receive a DINrPLATE, a cable tie and the screws to secure the Arduino on the DINrPLATE. The Arduino, USB cable, DIN rail and other items are not included.