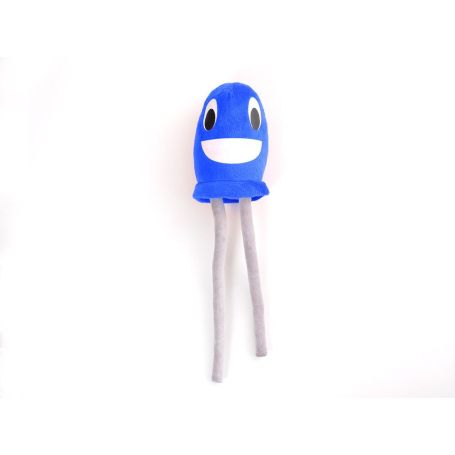 This product is no more available at MCHobby

Billie plush in the shape of a blue LED

Billie is not only a brilliant source of blue lights, she also has a big heart but also knows how to be totally turned off and depressing. She always sees a glass as "half full" and doesn't like to try new things. Billie would have liked to be red to radiate enthusiasm but Billie will be content to animate your life with its powerful bursts effectively illuminates the shadows. Its slogan is "all girls should have a soul cultivating blue thoughts ..." ... all that's missing is music.

LEDs (also called DELs in France) are electronic components with two pins and are a somewhat special diode. The first modern LED was created by an engineer named Nick Holonyak in 1962. He worked for "General Electric". A photon (light) was emitted when electrons passed near the diffusion area of ​​the diode (an area called a "band gap"). The size of the "band gap" determines the wavelength (color) of the photon. LEDs are available in many wavelengths ranging from infrared to ultra-violet.

This product is stocked when you place your order.