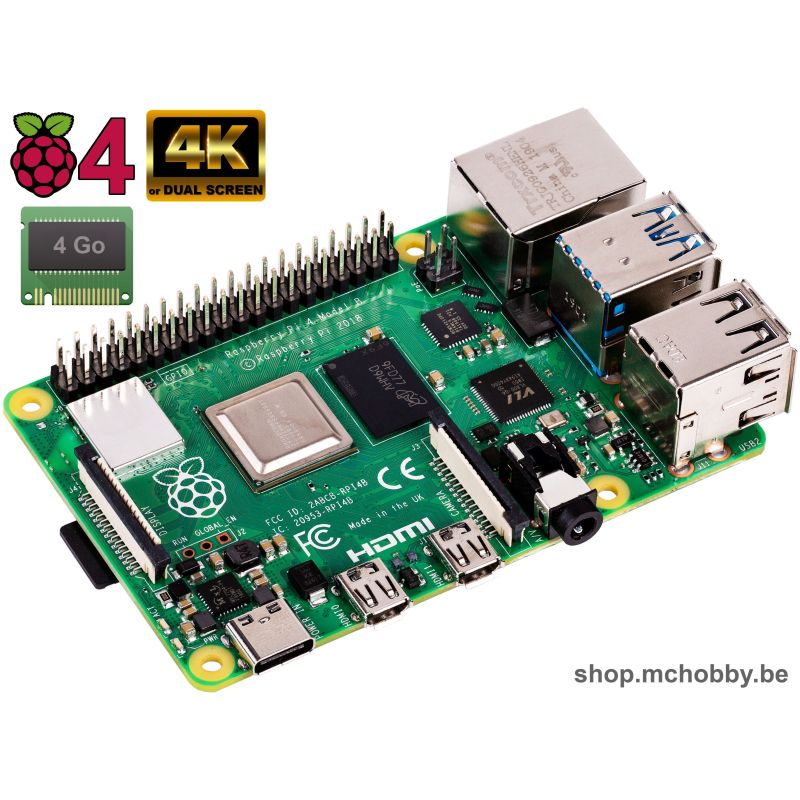 The Raspberry-pi 4 - 4Gb RAM, the great revolution in the world of nano-computers

The model proposed here is equipped with 4Gb of RAM. 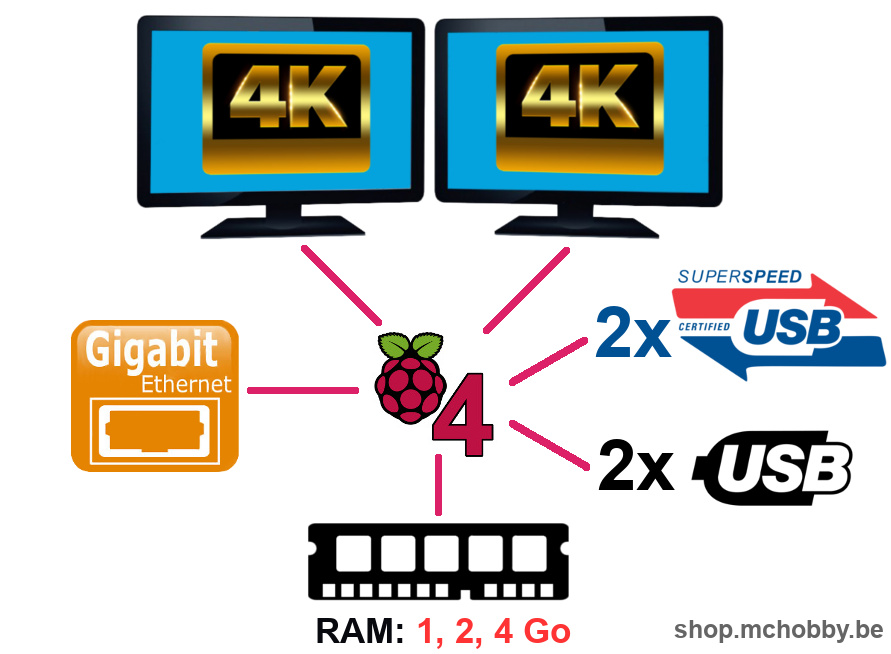 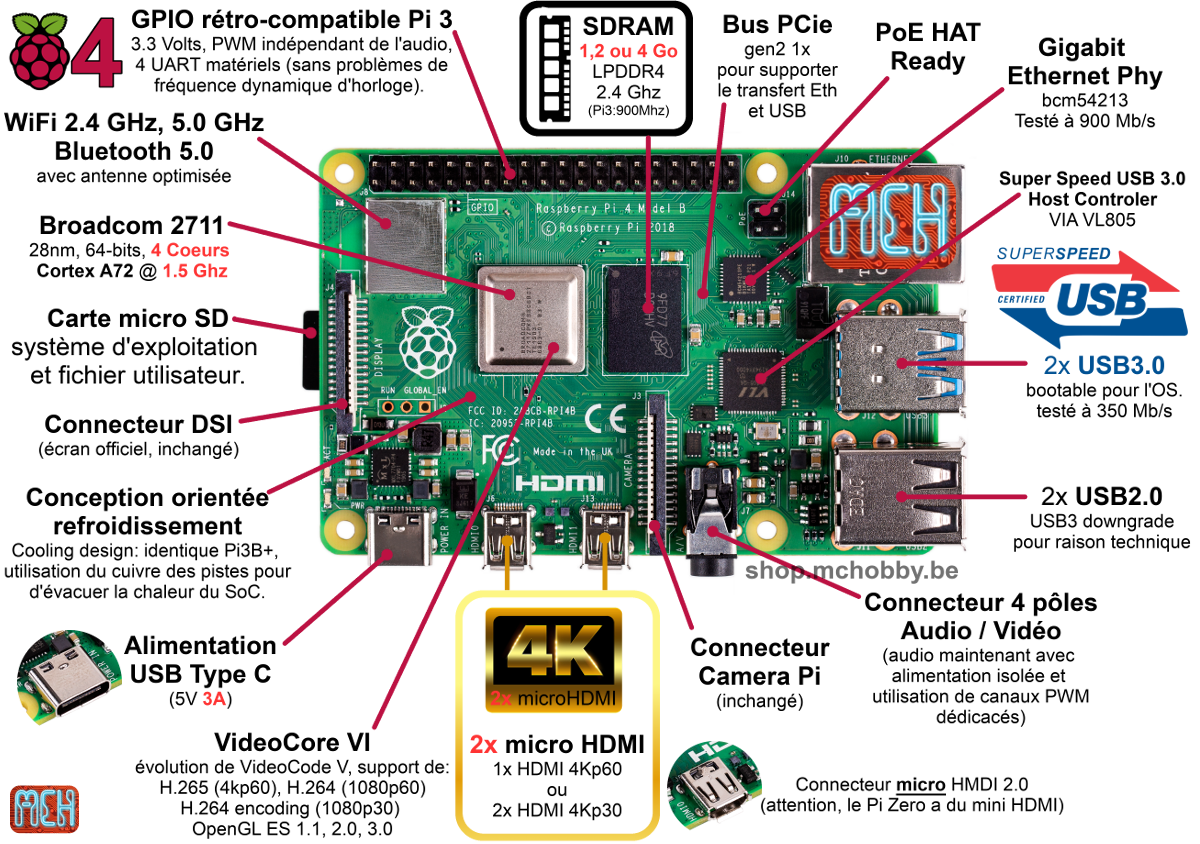 For each order you'll receive a Raspberry-Pi 4 model B with 4 Go of RAM.