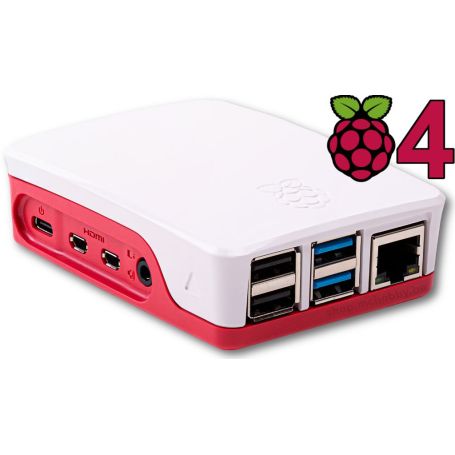 The Pi 4 cases are almost identicals to the Pi 3. The only little difference lies in the layout for the new connectors.
Apart from that, the Form Factor remaining almost identical, Pi 3 should be modified for the Pi 4.

The Pi foundation has just announced its latest Pi 4 and the official case that accompanies it.
As done for every Pi Models, the cases designed by the Pi foundation could crack more than one tuning fan.

Curved with a well-defined color contrast, the case has a removable cover to access internal components in the case. Although this is pure anticipation on our part, having a removable cover could allow the creation of a cover with integrated Pi camera :-)

The Raspberry-Pi connectors are all accessibles

Very appreciable, its possible to twist one of the sides to gain access to GPIO.
The feet are equipped with anti-slip, enough to keep your Pi stable on the table.

Short, a case to protect your Pi while looking after his look, you can also add fan kit for this case

The official case of the Pi foundation. The Raspberry Pi, Hat and cables not included (used only as illustration) 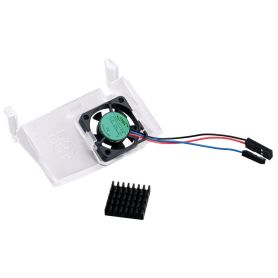 FAN for the Pi4 case