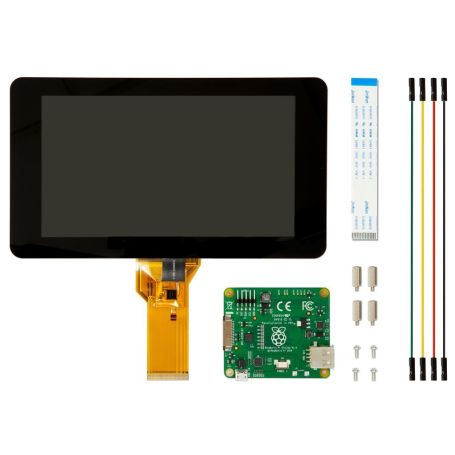 For its first official screen, the Pi Foundation has done a lot with its RPi Touch screen. It outputs a 7" screen (800x480 pixels resolution), a capacitive touch support (more accurate than resistive screens), virtual keyboard, multi-touch support (10 fingers).
The best for last, it works on the DSI port of your Raspberry-Pi... the one above the SD card. This means that the HDMI port remains free.. its up to you to imagine de rest ;-)

The touch screen drivers support the 10-fingers touch and the virtual keyboard display on the screen. You will be able to control your Pi without a keyboard and a mouse... The only thing you will need, is the latest version of Raspbian (the official operating system of the Pi Foundation).

What we particularly liked in this product:

My screen is upside down!

Open your /boot/config.txt file and change the parameter display_rotate=2  (180° rotation clockwise). See this documentation on raspberrypi.org.
A big thank you to Mr Brosteaux for his return.

If you use the touch part of your screen, you have to rotate the screen + mouse.
In this case, replace display_rotate with lcd_rotate=2
A big thank you to Mr Villeret for this important clarification.

My screen is white... what's going on?

Put your Pi off and check the large screen ribbon, it is likely that it is not well in place (we had not closed well the connector on the ribbon and it was re-opened).

The mouse is not available

Put your Pi off and check the small ribbon connected to interface card.
Restart you Raspberry-Pi to reset all processes.

Where is the virtual keyboard?

You can install the virtual keyboard by running the following command to install it.
It will then be available under X. 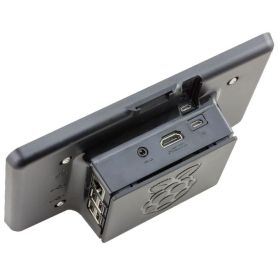 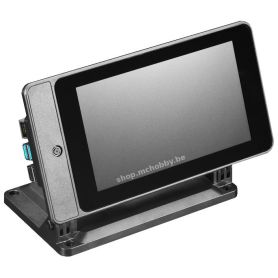 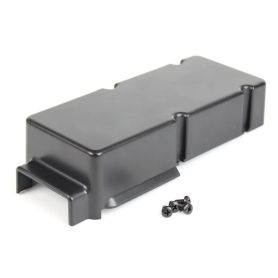