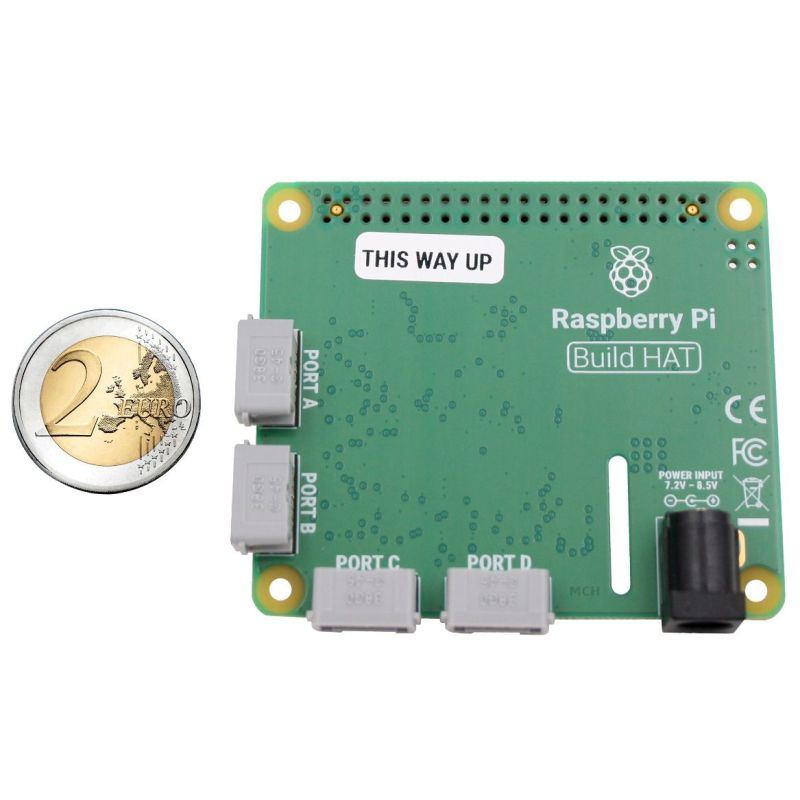 Build Lego Robots and control them with Raspberry-Pi

The Raspberry Pi Build HAT is a Raspberry Pi add-on board to control LEGO Technic motor and sensor. It connects to the 40-pin GPIO header and allows to control up to motors and sensors. Just check the LEGO Education SPIKE Portfolio.

The Build HAT has been designed with all the components on the bottom, leaving room on the top of the board can be used for LEGO Minifigures or small breadboard for prototyping.

The Build HAT connects directly to your Raspberry Pi with the attached header and the 9mm spacers will keep it stable and secure on the Pi. You can also use an extra-tall header passing through the Build Hat connector and still having access to free GPIO (not used by the Build Hat). Just make sure that Build HAT is the right way when installing it on your Raspberry Pi! Components must be downard!

The Build Hats provides four connectors for LEGO motors (LEGO Technic) and sensors (LEGO Education SPIKE) - Sold separately. The available LEGO sensors features are: distance sensor, color sensor, force sensor. The angular motors come in a range of sizes and include integrated encoders that can be queried to find their position.

Python can be used to control your LEGO Technic devices, alongside with other Raspberry Pi accessories (eg: camera module).

For eah order, you will receive the Build Hat and spacer.

This product requires a Raspberry-Pi to work. We do also recommend the usage of 8V 6Amp power supply .