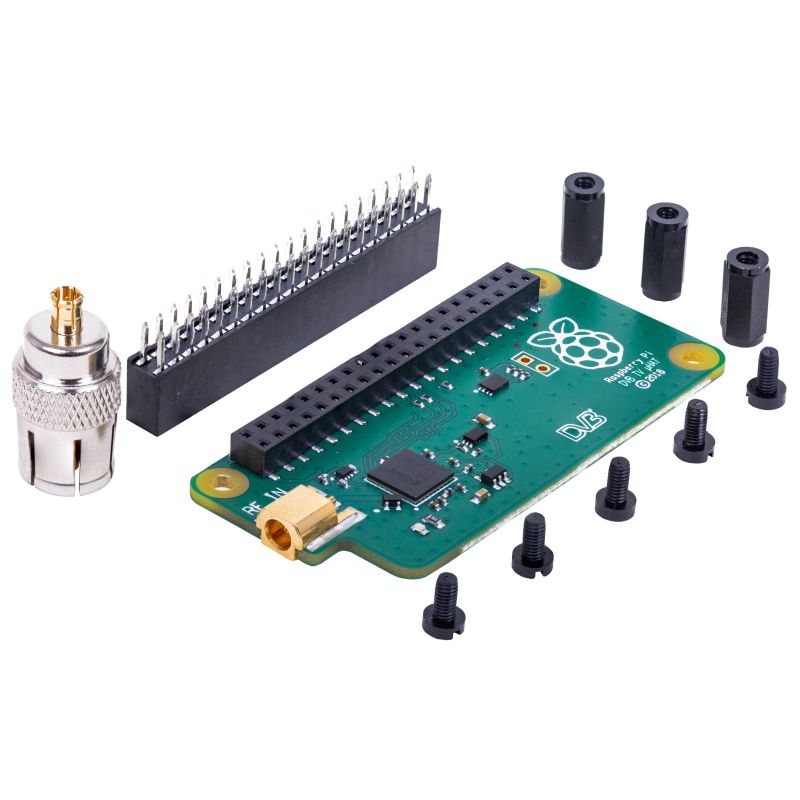 The HAT TV is a board with pHat (ou µHat) form factor that bring a Sony CXD2880 TV Tuner. The HAT TV is able to decode the digital television content using the DVB-T2 and DVB-T encoding standard. DVB is an European Standard widely adopted (pdf) for digital video broadcast, a standard made by the ETSI (European Telecommunications Standards Institute).

This TV HAT is used with a Raspberry-Pi (a PI 2 at least to offer the minimum of performance) and requires... a TV aerial.

This means that you can receive digital TV broadcast on you Raspberry and display its content on the HDMI output. You can also transform your Raspberry into a TV stream server for your local network (on local Ethernet or WiFi network). So you can receive DVB stream and spread it on your network to watch television on your smartphone, computer, tablet with software like Kodi, VLC, TvhClient (iOs), OMXPlayer, TVHeadend (TV Streaming server and recorder for Linux).

DVB-Tx is great because it it use the mpeg-4 standard to transmit the video stream, this means that recording is as simple as writing the stream to a file.

The Raspberry-Pi foundation recommend to keep the Pi case open while using the Pi 3 and TV Hat. A good natural ventilation is also required.

Radio ham are really to like to use DVB-T tuner as SDR (Software Defined Radio) to analyse radio signals. This should still be confirmed: our radio ham friends may see an opportunity to use the onboard Sony CXD2880 TV Tuner, as an SDR together with GNU Radio (or other software).
The CXD2880 on the TV HAT does have Linux driver. As this chip is wired on the Raspberry's GPIO, the CXD2880 is probably used over the SPI bus and Raspbian OS will provide the required driver (Of Course). This Hat may be a fabulous opportunity to make the SDR more affordable.