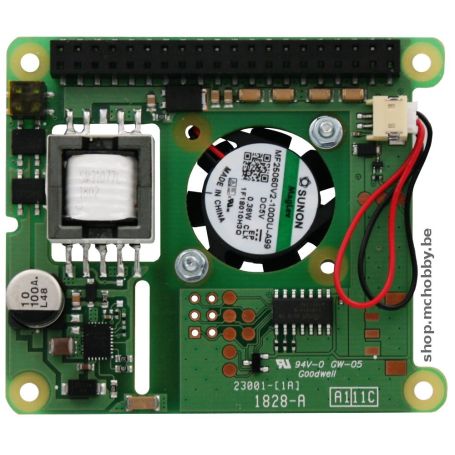 Power up the Raspberry-Pi from an Ethernet cable

Highly expected, here is the PoE Hat (Power Over Ethernet) used to power the Raspberry-Pi via the Ethernet cable. Suited for scholar installation, professionnal and semi-professional installation. Poeple using lot of Raspberry-Pi knows the advantage of using a PoE because you don't have to deal anymore with lots of power adapter and power cord (which could become really boring)!

Very easy to install and to use, the PoE Hat offers the needed power to the Raspberry-Pi (up to 15W) and deliver 2.5 Amp under 5V to the Raspberry-Pi. This is made possible with the 37 to 57 Volts injected on the Ethernet cable (usually 48V, see the norme 802.3af PoE specification, class 2 device). If you have a PoE switch (also named Power Switch) then you can inject asome voltage on the Ethernet wire, voltage that can be recovered on the other side of the Ethernet cable.

The PoE HAT is very close from the Raspberry-Pi motherboard si it can fit on most of the cases (would have to be tested anyway). 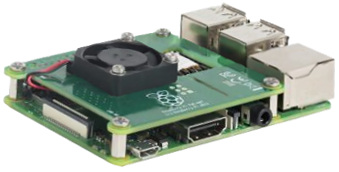 The PoE Hat does bring a ventilator to avoids overheat of the board and to compensate the DC-DC converter heat dissipation. This small ventilator is controled by an Atmel microcontroler that run up the ventilator when the temperature is too high.

Thank to the ventilator, the Raspberry-Pi is maintained to a good temperature.

Ce ventilator does not generates mechanical sound, only the air flow can is audible (high frequency but not loudy ~-70 dB).

Add HATs over the PoE hat

As shown on the image here upper, the PoE HAT is very low on the the GPIO and the GPIO's pin does not go trrough the PoE HAT. However, there are solution :-). 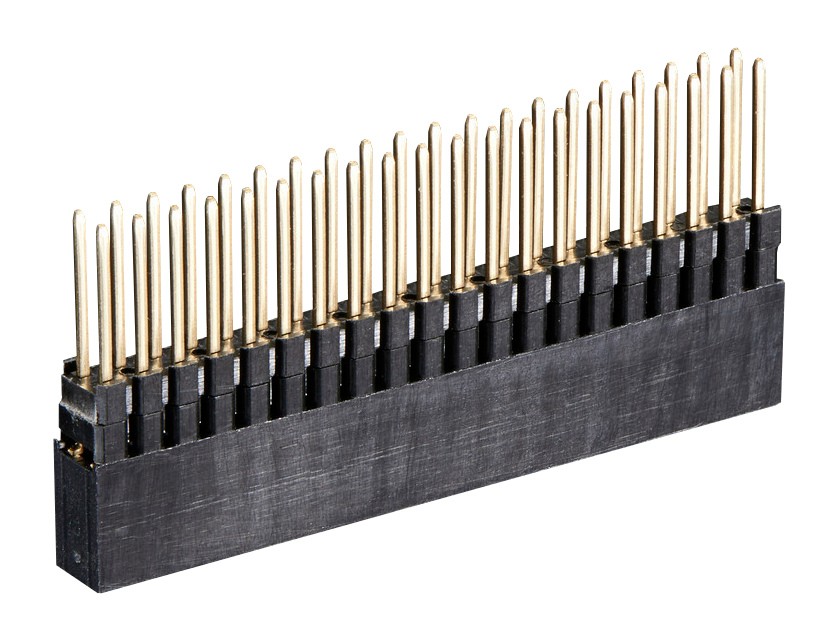 How to inject PoE on Ethernet cable

On small network, it is possible to use a PoE Switch. The D-Link DGS 1008P does have 8 PoE connector for 10 à 1000Mb/s connexion for about 75 Euro. See this Amazon link as a sample.

There is also simple PoE injector to power up from a wall plug. This kind of injector does have an Ethernet Input and Internet Output where the power is injected. See this Amazon link as sample. You can easily power-up a Raspberry-Pi and Camera for you garden's hut :-)

For each order, you will receive the PoE HAT, spacers and screws to fix the PoE hat on the Raspberry-Pi. The Raspberry-Pi is not included. 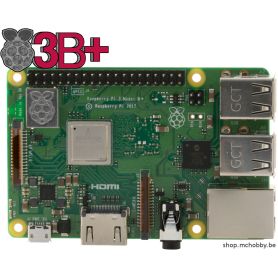