Want to make electronic hacking quickly? You want a captivating and attractive kit? Then you have just found the product you need. Be aware that there is also a Raspberry-Pi Starter Pack.
You have a Raspberry Pi 3 B Plus (with 1 Giga RAM, 4 cores, 4 USB ports), an Ethernet connection capable of reaching 300Mb/s, WIFI and Bluetooth support integrated, a case, a micro SD card with a pre-installed OS, a Pi-Cobbler PLUS already assembled, with plenty of really useful material... all accompanied by our many online tutorials.

Discover and deepen electronic prototyping with the Raspberry-Pi nano-computer 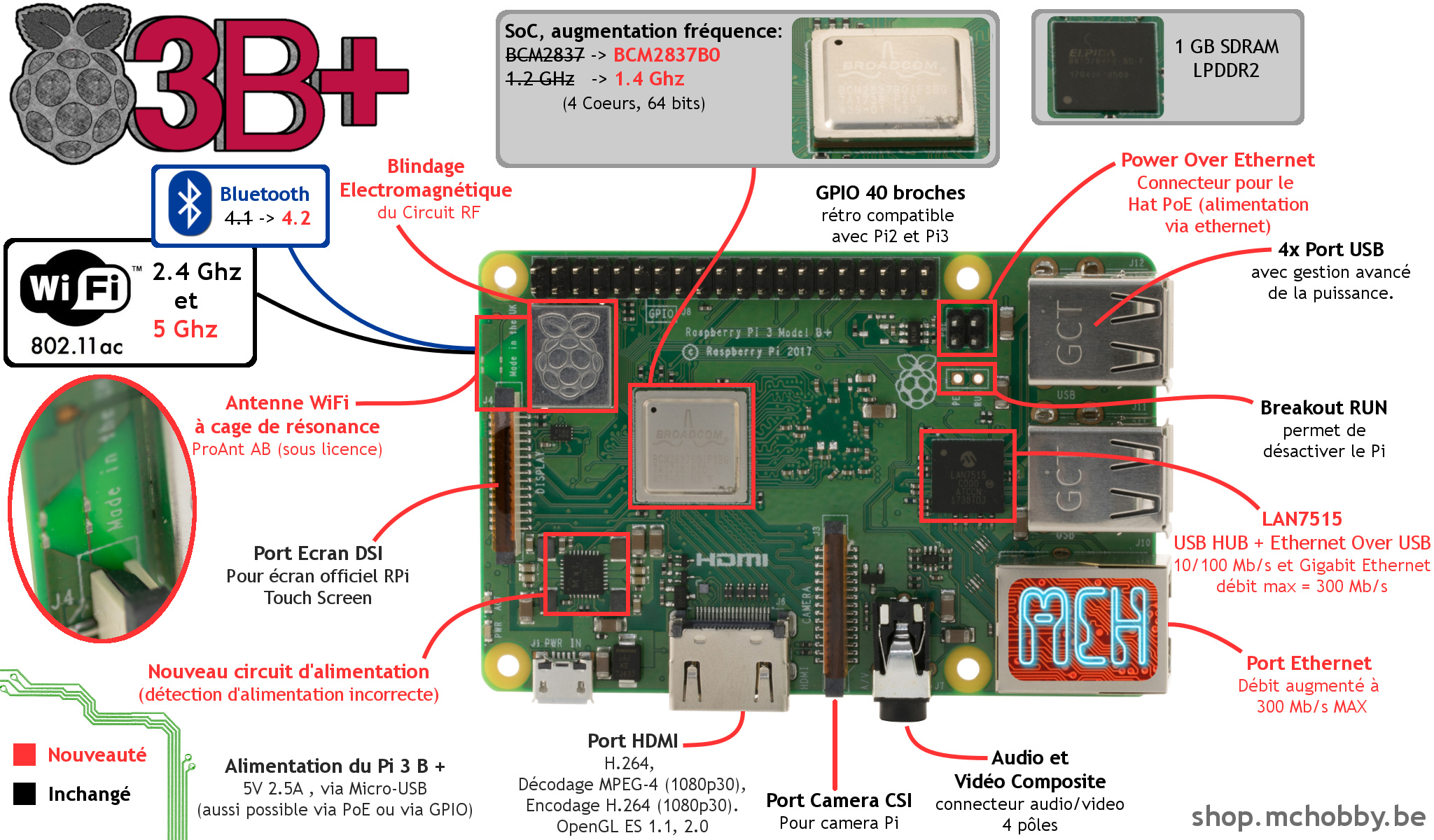 The design is based on the Broadcom SoC BCM2837BO component (SoC stands for System on a Chip, Armv8), which includes a Quad Core processor (4 cores) running at 1.4 GHz, 1024 MiB (1 Giga) of RAM. The design doesn't include a hard drive or SSD on the platform but instead relies on a micro SD card to boot the operating system and for long-term storage.

This is the Raspberry-Pi® 3 B Plus. Easily identifiable with its RAM welded under the card and its metal cover on the processor.

If you like Arduino, you will certainly fall in love of Raspberry-Pi.
Raspberry is not only a computer, it also has a programmable input/output port. After Arduino, Adafruit adapts its many products and tutorials to support and transform the Pi in a great hacker platform of all kinds.

The contents of the Kit

This kit consists of the following elements:
Click on the various links to discover the detailed product sheet.

This kit contains a volley of complementary material to pave the way for many exciting projects. You have an idea? Take a look in the following list to see if some of the elements could help you to realize it (especially that they are accompanied by tutorial in French).

In the extra material you'll find:

MC Hobby produces and translates French tutorials for Pi.
And since it is really useful, we use the Pi-Cobbler, you will find documentation, tips & tricks, electronic tutorials.

You will find them on the page of our Wiki dedicated to Raspberry PI.

Translating and documenting is a tedious job that takes a lot of time.
Thank you for supporting our efforts by purchasing your products at MC Hobby.

10 other products in the same category: