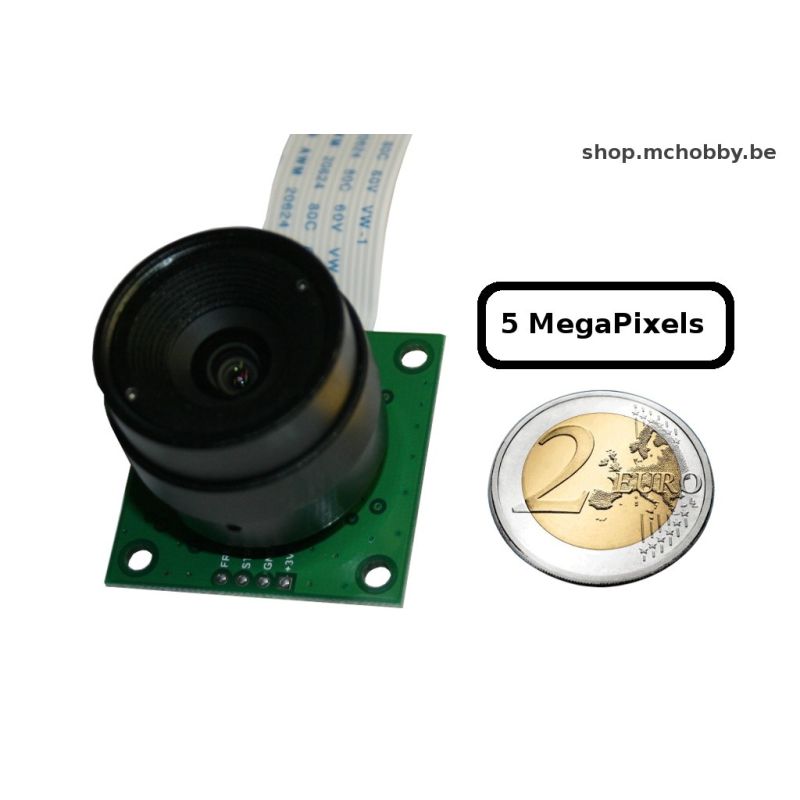 Replace the lens of a Cam Pi 5MP as easily as a bulb!

Here is a camera compatible Raspberry Pi whose main advantage is to allow the lens change with its support "CS mount". This camera is therefore ideal for projects where it is important to be able to opt for an alternative lens if necessary (in order to capture a subject that is "further").
We propose a LSF1611CS, LSF1211CS or M660 lens for this camera... more will come soon.
This camera is optimized for its optical performance and the use of a lens to maintain a sharp image despite the magnification (see 16mm lens).

Like the official Pi camera, this camera installs on the CSI bus of the Raspberry-Pi. The installation is identical to that of the official camera, no need for specific drivers. The advantage of the CSI bus is that it can support a very high data rate. This camera is supported by the latest Raspberry operating system and works with the BCM2835 (Pi B+) and BCM2836 (Pi 2) processors.

The most imposing element is still the lens whose zoom is close to that of the Raspberry-Pi but nothing prevents to interchange with another zoom (tested and approved by MCHobby).

22 other products in the same category: