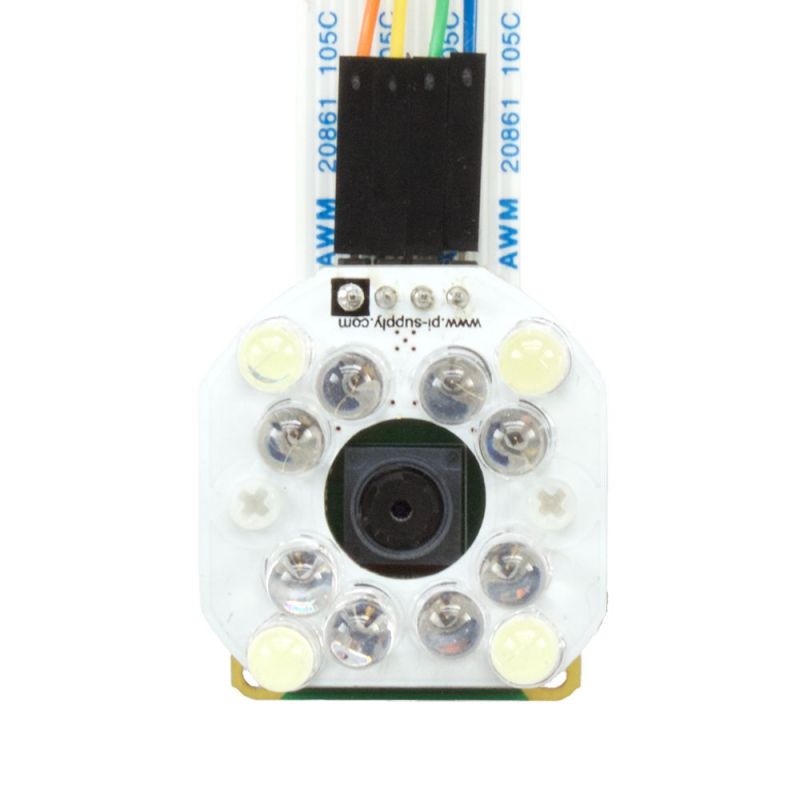 Control the camera lighting from the Raspberry-Pi

This add on board for the Pi Camera allows to add controlable light (via I2C bus) in both white visible light or infrared light. This board is placed on the Pi NoIR camera, the regular Pi Camera or with any other project requires bright LEDs controlable over I2C (so it also works with Arduino or MicroPython)!

This breakout can be plugged directly on the I2C interface available on the Raspberry-Pi's GPIO. The board can be controlled from the command line, or via Python and other programming languages. The LED drivers chip used on the board allow to control the emitting power.

Want to use colourful LEDs? No problem! The board can control any ~5v LEDs with the Raspberry-Pi's I2C interface. You can change the provided LED with color leds of your choice!

The board have M2 mounting holes like the Pi Cam module so it is easy to assemble it on your existing Pi Cam with the screws and spacers included.

For each order, you will receives

26 other products in the same category: