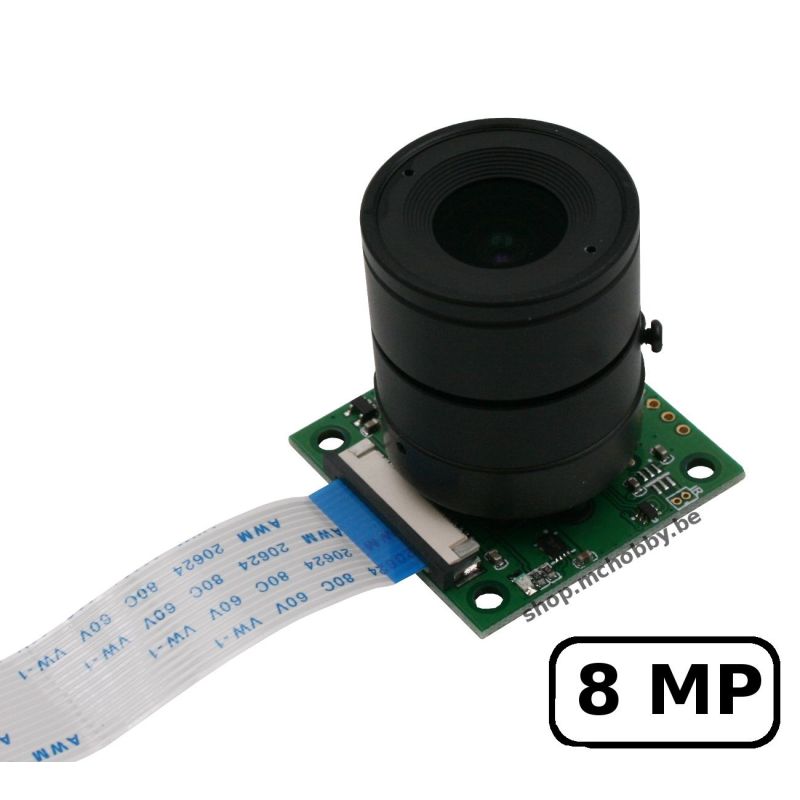 Replace the lens of the 8MP Pi camera as easy as a light bulb!

Here a Raspberry-Pi's compatible camera where the main feature is the interchangeable lens. Thanks to the "CS mount" bracket, it is possible to use one of the various lens available on the shop. This camera is perfect for the projects when changing Lens is a needed feature (eg: to grab picture from more distant objects).
We do also have a LSF1611CS, LSF1211CS or M660 for this camera ... others would come later.
This camera is designed for optical performance and the usage of removable/interchangeable lens. The camera can maintain a clean image even with magnification (see the sample with the 16mm lens).

As the official Camera Pi, this camera use the Raspberry-Pi's CSI bus. Installing the camera is identical to the official one, no need for specific driver. The advantage of CSI bus is high speed throughput available to the data. The cameda is supported out-of the box with the latest operating system, just activate it from thr raspi-config utility.

The most bulky parts is the lensi The lens placed on the board does have a zoom very close of the official Pi Camera but you can change it with an other zoom (this camera has been tested and approved by MCHobby).

21 other products in the same category: