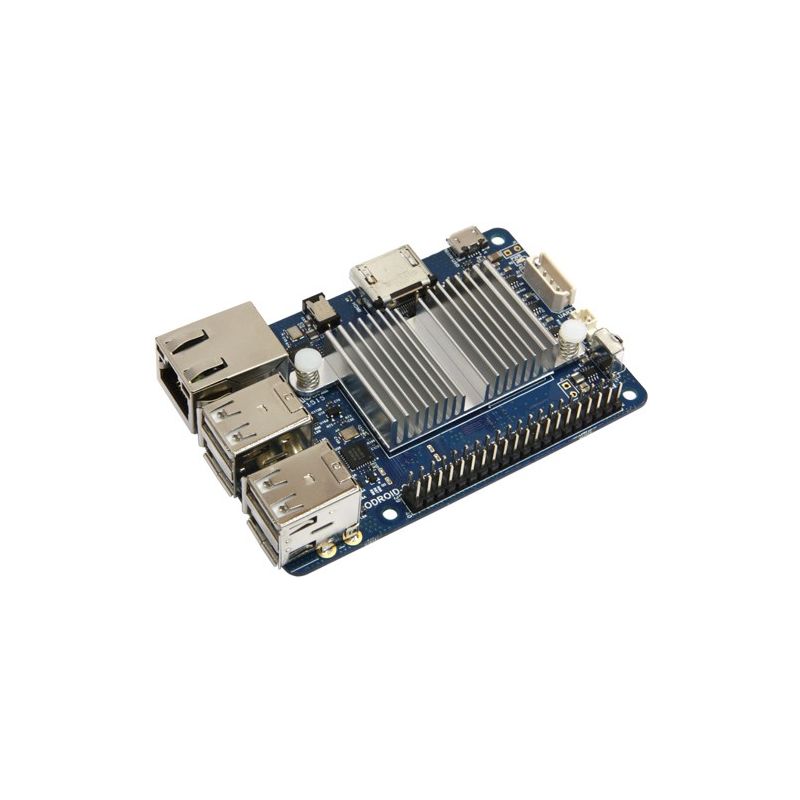 The ODROID-C1+ is esteemed to be the most powerful low-cost single board computer available, as well as being an extremely versatile device. Featuring a quad-core Amlogic processor, advanced Mali GPU, and Gigabit Ethernet, it can function as a home theater set-top box, a general purpose computer for web browsing, gaming and socializing, a compact tool for college or office work, a prototyping device for hardware tinkering, a controller for home automation, a workstation for software development, and much more.

Some of the modern operating systems that run on the ODROID-C1+ are Ubuntu, Android, Fedora, ARCHLinux, Debian, and OpenELEC, with thousands of free open-source software packages available. The ODROID-C1+ is an ARM device -- the most widely used architecture for mobile devices and embedded 32-bit computing. The ARM processor’s small size, reduced complexity and low power consumption makes it very suitable for miniaturized devices such as wearables and embedded controllers.

Both are Linux-friendly ARM® single-board computers for various applications and purposes.

One powerful feature of the ODROID-C1+ is an standard compatible UHS-1 MicroSD card (@78MHz vs 50 MHz for the Pi), as well as the faster eMMC module, can be ordered with the ODROID-C1+, and arrives with the popular Ubuntu operating system already installed

The ODROID-C1+ has an on-board Gigabit Ethernet controller. Our bi-directional streaming speed was measured at ~900Mbps.
With Gigabit connexion, the C1+ can reach 900 Mbit/s where the Raspberry Pi (2) reach 98.6 MBit/s.

About the display resolution

The 4K HDMI output shows gorgeous desktop screen on 3840 x 2160 UHD resolution.
But the rendering speed is not good due to the limited performance.